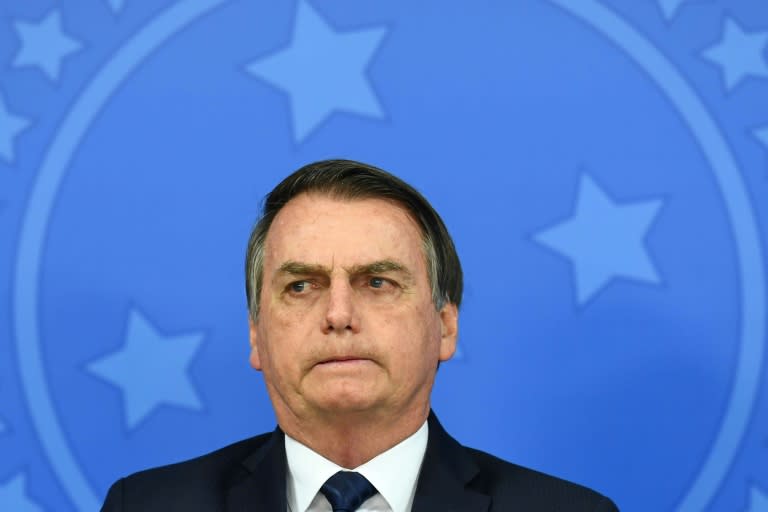 There will be churches built to serve these spirits.....

Brasília (AFP) - Brazilian President Jair Bolsonaro suggested Friday that people "poop every other day" as a way to save the environment, after he came under fire for a surge in deforestation of the Amazon since he came to power.  The far-right leader offered this idea in response to a journalist's question as to whether it was possible to simultaneously spur economic growth, feed the world's hungry and also preserve the environment.  "It's enough to eat a little less. You talk about environmental pollution. It's enough to poop every other day. That will be better for the whole world," said Bolsonaro, who earlier this month sacked the head of a government agency that had reported a major increase in Amazon deforestation. Source


"I protest highly against a different text, which people may dare publish after my death. I protest once more against the very false statements of all those who dare say and write First that I embroidered the Secret; second, against those who state that the Queen Mother did not say to transmit the Secret to all her people." Mélanie

Posted by dxv515 dxv515 at August 10, 2019
Email ThisBlogThis!Share to TwitterShare to FacebookShare to Pinterest