Our Lady Of La Salette On NO SIGNS OF LIFE! 30+ DEAD After VOLCANO ERUPTS On White Island, New Zealand 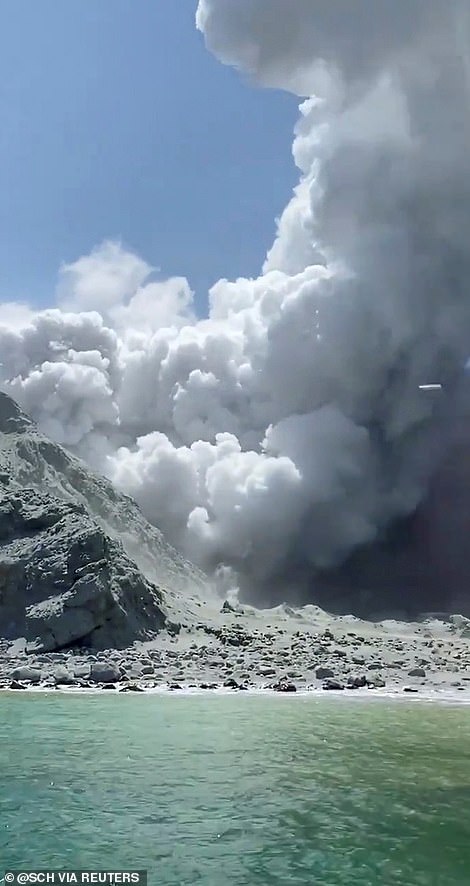 “At the first blow of His thundering sword, the mountains and all Nature will tremble in terror, for the disorders and crimes of men have pierced the vault of the heavens. Paris will burn and Marseilles will be engulfed. Several cities will be shaken down and swallowed up by earthquakes. People will believe that all is lost. Nothing will be seen but murder, nothing will be heard but the clash of arms and blasphemy. Our Lady of La Salette 19 Sept. 1846 (Published by Mélanie 1879)

Water and fire in the interior of the Earth will rage violently and cause terrible earthquakes, whereby mountains and cities will sink into the depths. Our Lady of La Salette 19 Sept. 1846 (Published by Mélanie 1879)

“Several cities will be shaken down and swallowed up by earthquakes. People will believe that all is lost. Nothing will be seen but murder, nothing will be heard but the clash of arms and blasphemy. Our Lady of La Salette 19 Sept. 1846 (Published by Mélanie 1879)

“Woe to the inhabitants of the earth! God will exhaust His wrath upon them and no one will be able to escape so many afflictions together. Our Lady of La Salette 19 Sept. 1846 (Published by Mélanie 1879)


“Nature is asking for vengeance because of man, and she trembles with dread at what must happen to the earth stained with crime. Tremble, earth, and you who proclaim yourselves as serving Jesus Christ and who, on the inside, only adore yourselves, tremble, for God will hand you over to His enemy, because the holy places are in a state of corruption. Our Lady of La Salette 19 Sept. 1846 (Published by Mélanie 1879)

No more survivors expected to be found after New Zealand volcano disaster: Police issue warning after five people were confirmed dead and more than 20 unaccounted for following eruption

There are 'no signs of life' on the New Zealand tourist island rocked by a volcanic eruption on Monday and no more survivors are expected to be found, police have said.  Five people have been confirmed dead in a powerful eruption on White Island, also known as Whakaari, at 2.11pm local time on Monday when an estimated 50 tourists were on or around the volcano crater.  Eighteen survivors were evacuated - some suffering severe burns - leaving an estimated 27 people unaccounted for. Police say the number of missing is in double figures, but refused to give an exact figure.  More than 20 Australians and three Britons are believed to be among those still unaccounted for, according to a list put together by worried family and friends on the International Committee of the Red Cross website. Rescuers have so-far been unable to get on to the island due to fears of landslides and further eruptions, but said a number of rescue helicopters and other aircraft had carried out aerial reconnaissance flights overhead.  Officials said early on Tuesday that 'no signs of life have been seen at any point' and they are not expecting to find anyone else alive. That means the death toll could be as high as 32.  Source


“The great chastisement will come, because men will not be converted; yet it is only their conversion that can hinder these scourges. God will begin to strike men by inflicting lighter punishments in order to open their eyes; then He will stop, or may repeat His former warnings to give place for repentance. But sinners will not avail themselves of these opportunities; He will, in consequence, send more severe castigations, anxious to move sinners to repentance, but all in vain. Finally, the obduracy of sinners shall draw upon their heads the greatest and most terrible calamities. Mélanie

Posted by dxv515 dxv515 at December 09, 2019
Email ThisBlogThis!Share to TwitterShare to FacebookShare to Pinterest