Laudato sí Movement: "Thank You” From The Pope 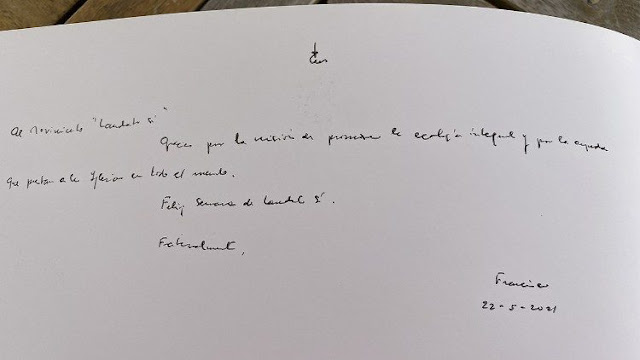 “Thank you” from the Pope
As the Movement continues the process of renewal, Pope Francis himself offered words of encouragement. Insua told Vatican News that the Movement had written to the Holy Father informing him of the discernment process and seeking his input; and asking for his blessing before moving forward and changing the name. The Pope wrote a brief response which arrived on the Vigil of Pentecost, “which was a very strong sign,” Insua said. He noted that the discernment process had “been characterized by an atmosphere of synodal prayer, asking for light from the Holy Spirit.” In his message, the Pope thanked the movement for its mission of promoting integral ecology and for the assistance it offered to the Church and the world. Insua noted, too, Pope Francis’ hope that Laudato sí might not remain on the library shelf, but might become a living document. Source
Posted by dxv515 dxv515 at October 02, 2021
Email ThisBlogThis!Share to TwitterShare to FacebookShare to Pinterest