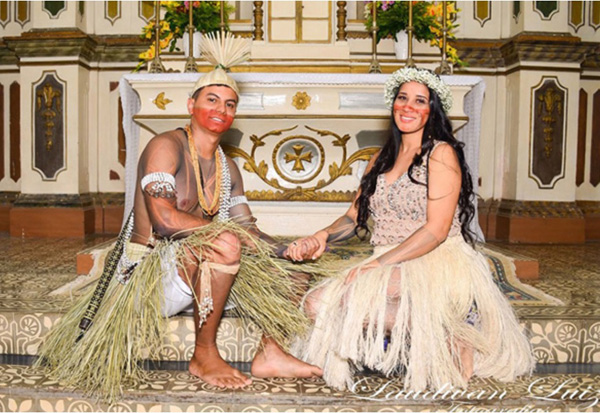 Evil books will be abundant on earth and the spirits of darkness will spread everywhere a universal slackening of all that concerns the service of God. They will have great power over Nature: there will be churches built to serve these spirits. People will be transported from one place to another by these evil spirits, even priests, for they will not have been guided by the good spirit of the Gospel which is a spirit of humility, charity and zeal for the glory of God. On occasions, the dead and the righteous will be brought back to life. (That is to say that these dead will take on the form of righteous souls which had lived on earth, in order to lead men further astray; these so-called resurrected dead, who will be nothing but the devil in this form, will preach another Gospel contrary to that of the true Christ Jesus, denying the existence of Heaven; that is also to say, the souls of the damned. All these souls will appear as if fixed to their bodies). Our Lady of La Salette 19 Sept. 1846 (Published by Mélanie 1879)
"They went out from us, but they were not of us. For if they had been of us, they would no doubt have remained with us; but that they may be manifest, that they are not all of us." [1 John 2:19]
LAUDATO SI church Sacraments are performed in the Catholic Church because the wicked clergy who will serve evil spirits in the new LAUDATO SI church have not yet left the Catholic Church - but they will leave soon enough.
Tribalist marriage in Brazil preparing the future?
Under the influence of the progressivist propaganda for the Amazonia Synod, an "indigenous marriage" took place on August 3, 2019, in the city of Pesqueira, in the Brazilian State of Pernambuco. With the blessings of the local priest, a young couple, descendants of two different Indians tribes, appear in Church for a marriage ceremony "wearing" their tribal apparel. That is to say: the man was with a bare torso and the woman in a see-through grass skirt. Other young persons in similar dress were present, forming a line of honor to receive the bride and groom, first row below. Indian dances were also performed to emphasize the "authenticity" of the pagan rites, second row. We Catholics watch with strong approval when the descendants of Indians marry in the Church, especially in an epoch where so many young people of both sexes are living together without marrying. However, the principles of morality and civilization must be respected; otherwise, the heritage of Our Lord Jesus Christ expressed by Catholic doctrine is implicitly denied. Is this a liturgical foretaste of what Pope Francis is calling a "Church with an Amazonian face"? Source 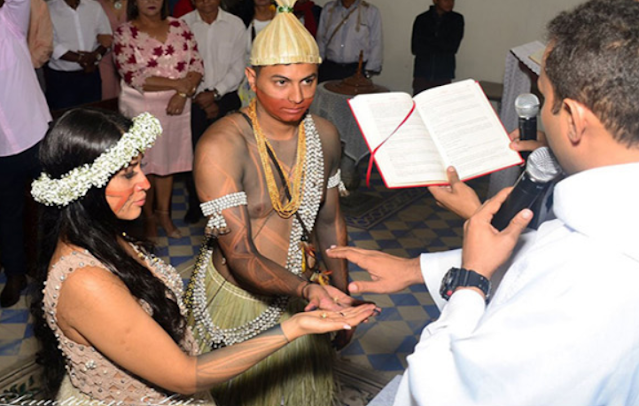 Posted by dxv515 dxv515 at February 27, 2021
Email ThisBlogThis!Share to TwitterShare to FacebookShare to Pinterest